The conference was successfully held, thank you!

Welcome from the Chair

The International Conference on Advanced Remote Sensing will be held from 16-18 October 2018 at Wuhan University in Wuhan, China. The main purpose of the conference is to promote academic exchanges in remote sensing, to share the latest scientific progress, to discuss the challenging problems and to draw a better blueprint. This is a superb opportunity to communicate with the colleagues, which can both demonstrate your new experiment results and solve the problems encountered in the research.

The academic activities will be divided into several parts, such as the main venue, the sub-venue and the commercial exhibitions. The conference will invite experts and scholars who have outstanding contributions in various fields to give oral reports. And there are three topics in the conference, sensors and data acquisition, data processing, and application. Welcome experts, scholars and users from all over the world to attend the meeting. We are looking forward to meeting you in the river city Wuhan.

The main topics and sessions of the conference cover:

All accepted abstracts will be published in the proceedings of the conference. A selection of invited and contributed talks presented during the conference will be invited to submit an extended version of their paper to the open access Journal Remote Sensing.

On behalf of the Organizing Committee, we cordially invite you to join us at the International Conference on Advanced Remote Sensing.

Dean of the School of Remote Sensing and Information Engineering, Wuhan University

For information regarding sponsoring opportunities, please contact the conference secretariat.

The registration fee includes attendance of all conference sessions, welcome dinner, ice-breaking dinner, coffee breaks and lunches during the conference.

Currencies accepted by this event

Topics presented and discussed in this session include a wide range of remote sensing applications of the Planet Earth using data from multitude of satellites and sensors as well as other platforms. Advance topics discussed include big data, machine learning, deep learning and cloud computing.

This session will discuss various methods, approaches, and strategies in remote sensing data acquisition, preprocessing, and processing. Topics include presentation discussions of various existing and widely used methods as well as advances in algorithms for radiometric and atmospheric corrections. Topics discussed will include data cubes, analysis ready data, and cloud computing.


The International Conference on Advanced Remote Sensing will accept abstracts only.

All accepted abstracts will be available online on Sciforum.net and published in a Conference Report in the journal Remote Sensing. Moreover, participants will have the opportunity to contribute with a full manuscript to the special issue "Advanced Topics in Remote Sensing".

If you need assistance, please email the Conference Secretariat.


To present your research at the event

Participants of this conference are cordially invited to contribute with a full manuscript to our special issue "Advanced Topics in Remote Sensing" in the journal Remote Sensing. The publisher, MDPI, offers a 20% discount on the publishing fees to the conference participants.

This themed collection is closely aligned with the scope of the event and the submission deadline is 29 February 2019.

The Special Issue is open for original papers presented at the conference related to the following areas:

All submitted manuscripts will be peer reviewed according to Remote Sensing guidelines, and they should not have been published or be considered for publication elsewhere. Papers will be published online within a week after the acceptance.

We are pleased to announce that two awards will be available at this conference. The nominations will be assessed by the Organizing Committee.

The conference will be held at Wuhan University, Wuhan, China. 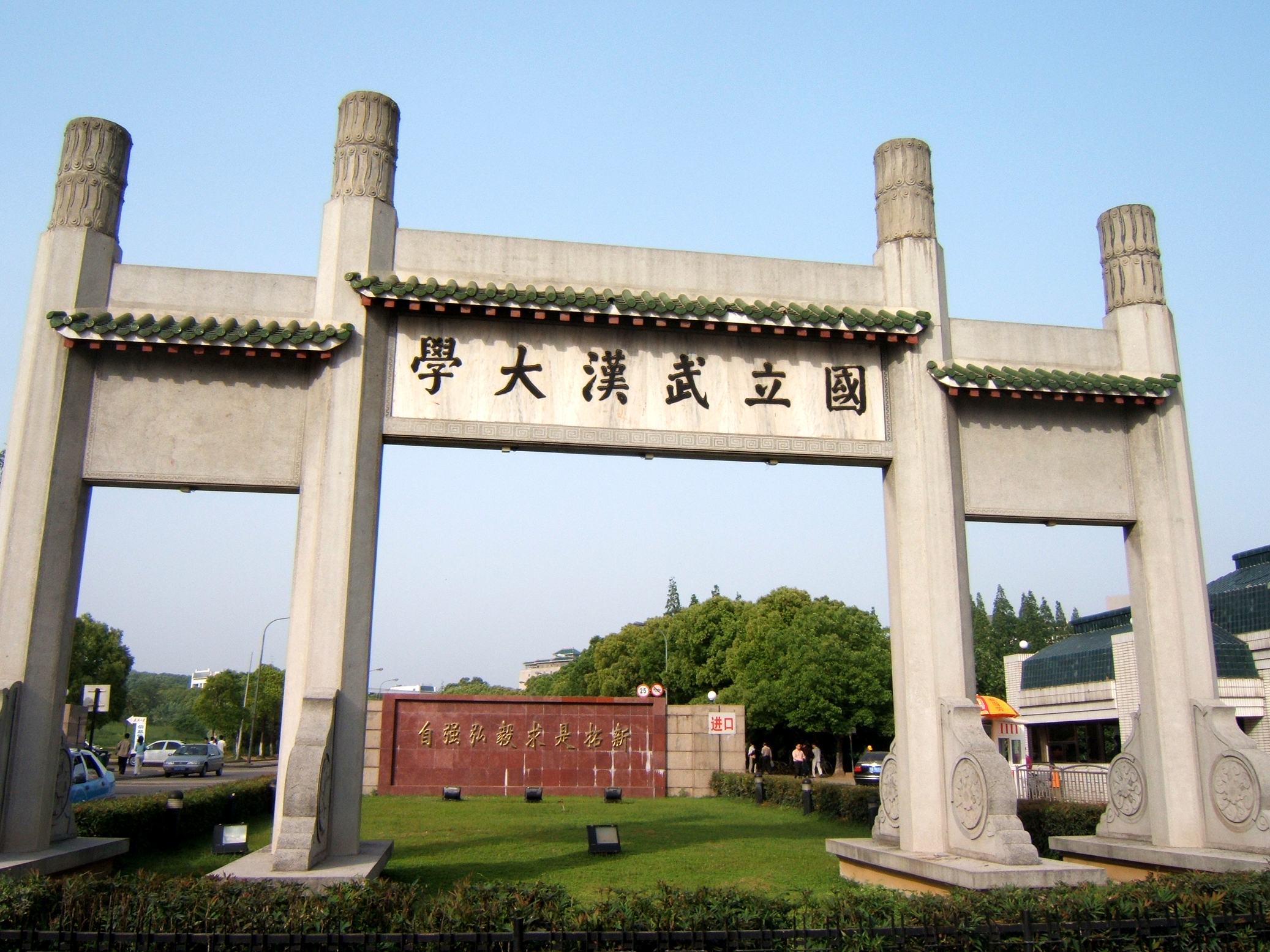 How to get there:

Wuhan is the capital of Hubei province, and is the most populous city in central China. Known as the "thoroughfare to nine provinces", Wuhan is also a tourist center for people in and abroad, for its breath-taking sceneries of rivers, lakes and mountains, pleasing sights of architectures both modern and ancient, and rich and colorful culture and history accumulated during the last thousands of years. 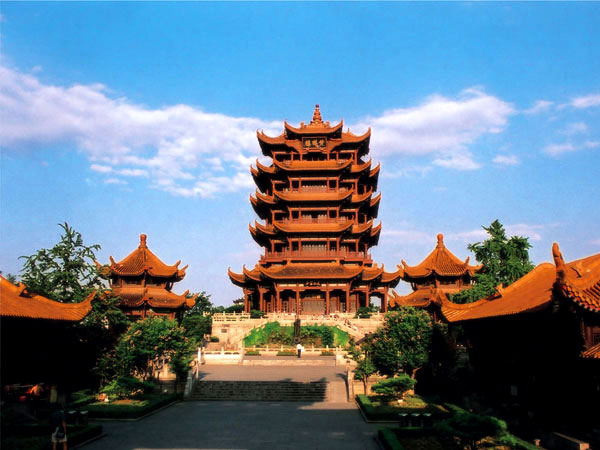 Introduction: As the single largest tourist attraction in Wuhan, the tower is a modern construction built on the site of twelve previous incarnations. It is considered one of the four great towers in China. 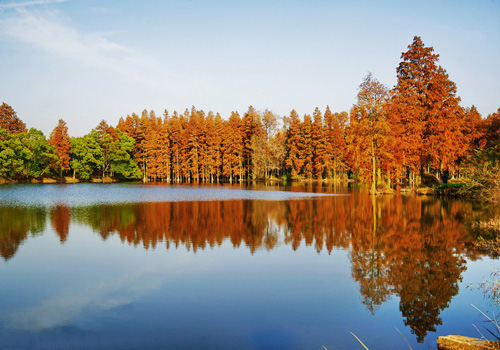 Introduction: The East Lake is the largest lake that covers an area of 33 square kilometers. It is a national 4A scenic spot which consists of six sections: Tingtao, Moshan, Luohong, Luoyan, Chuidi and Baima. The fable garden in the Tingtao section is the first national sculpture garden with the theme of the ancient Chinese fables. The plum garden in the Moshan scenic spot is the biggest one in China. 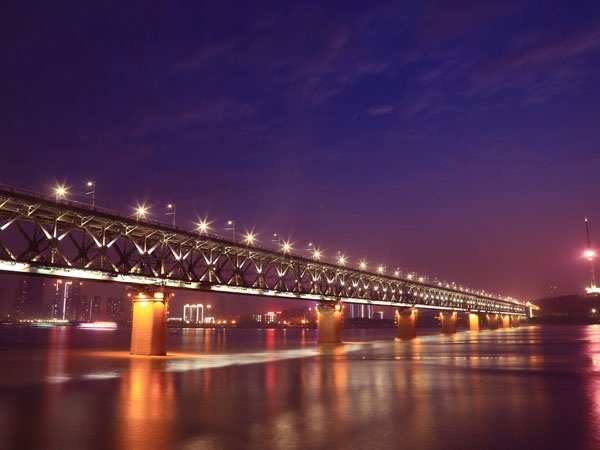 Introduction: The Yangtze River Bridge, completed in the 1950's with the founding of PRC, is the first bridge ever been built across the massive river. It is also the first multi-function bridge (railway and roadway) links South and North China, which plays an import role in economic development. Introduction: Hubei Provincial Museum, located in the Wuchang District of Wuhan, Hubei Province, is the only provincial comprehensive museum in the province. It collects, protects, and exhibits the cultural relics discovered in the province. Since 1953, it has collected over 200,000 cultural relics, including pottery, porcelains, jade, bronze vessels, ancient weapons, and ancient musical instruments. Among these cultural relics, 812 are listed as first-class relics of China, and 16 are considered national treasures. Introduction: Wuhan Botanical Garden, or WBG, located in Wuhan, Hubei, China, has a collection of more than 4000 species of flora. WBG has a regular program to educate and create awareness about plant life and biodiversity amongst the general public.

There are many hotels around the conference venue. Below are four recommended for you to have a comfortable stay in Wuhan.

Getting to Wuhan Unversity 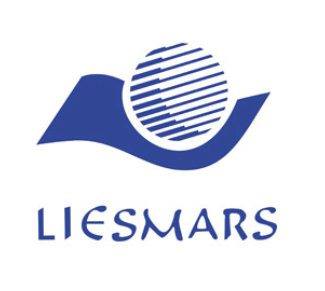 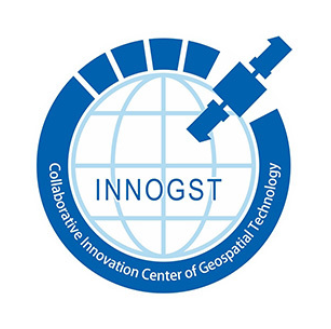